Where Can You Find Us?

Anglesey is an urban parish immediately west of the town centre of Burton upon Trent in Staffordshire. The parish boundary broadly follows physical features of the area. Our southern edge is the River Trent going west towards the railway. The Leicester branch line forms the western edge and curves into the northern edge at the Leicester line junction with the Birmingham to Derby main line. As that crosses the A5189, Evershed Way forms the eastern boundary for a short distance before it comes one street in from the main road. Wood Street and Watson Street trace the route back out to the river just to the west of the St Peter’s Bridge river crossing. Being sited close to the town provides easy walking access to all the usual facilities like banks, shops, shopping malls etc. along with many professional and health services.

Within the parish there are numerous corner stores reflecting the diversity of our community. That diversity is repeated in the choice of cuisine offered in the numerous takeaway food outlets. Anglesey parish offers a variety of places of worship that include the Trentside Parish All Saints Church on Branston Road and the Central Jamia Mosque Rizvia in Uxbridge Street.

Our history is closely allied to the brewing industry in the town. Burton on Trent is famous for its brewing industry. This grew from the monks in the abbey brewing using the water from under the hill to the west of the town. The red triangle Bass trade mark was the first to be patented. It is not that long since the town was crossed by railways connecting the brewing sites.

Our street scene is characterised by rows of late 19th and early 20th century terraced housing provided for the brewery employees. There are larger detached buildings around the edge of the Parish which provided the family homes for the brewery management level. Some of these larger properties remain as private dwellings; some have been redesigned to accommodate businesses like a nursery, accountants or solicitors and some have provided serviced offices for collections of smaller businesses. Recent development on a former brewery site in the Parish has created a focal entry point for the Parish

The parish boasts two buildings that English Heritage has seen fit to “list”.

But why is our name the same as that of the Welsh Island? The answer is surprisingly simple; at its simplest the answer lies in the history of the Peerage of the United Kingdom. The following is full of names that you will recognise.

Sir William Paget (a close advisor to Henry VIII) was the first Baron Paget in 1533. His great grandson was the fifth Baron and his great great grandson was the sixth. It was his son that was made Baron of Burton on Trent in the County of Stafford in 1711. He inherited the barony of Paget in 1713 and in 1714 he was also made Earl of Uxbridge in the County of Middlesex. However, the earldom and barony of Burton became extinct on the death of his grandson, the second Earl in 1769.

In 1784 the earldom of Uxbridge was revived  when the then Baron Burton was made Earl of Uxbridge. He was succeeded by his eldest son. The second earl was a prominent military commander who lost his leg at the Battle of Waterloo (1815). A few weeks after the battle he was made the Marquess of Anglesey by the then Prince Regent, later to become King George I.

Away from the built environment a significant portion of the Parish takes in part of the large open space known as “The Washlands”.

The Washlands is the name given to the stretch of the River Trent bank that stretches from the centre of the town out to Branston. In partnership with the Environment Agency this extensive piece of natural land is managed/ maintained by the Borough Council. Following consultation exercises the aim is to balance the regular flooding of the area with the need for public access and recreation and still promote nature conservation. It is looking provide an environmentally sustainable approach to the management of green spaces.

The Washlands Through Anglesey 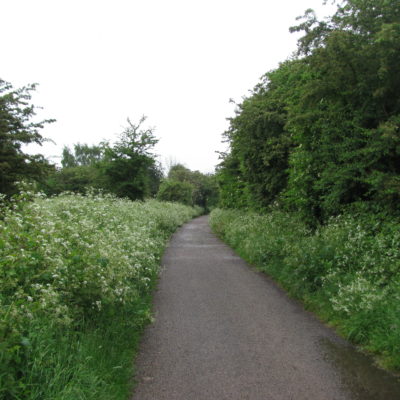 A quiet walk away from the urban environment 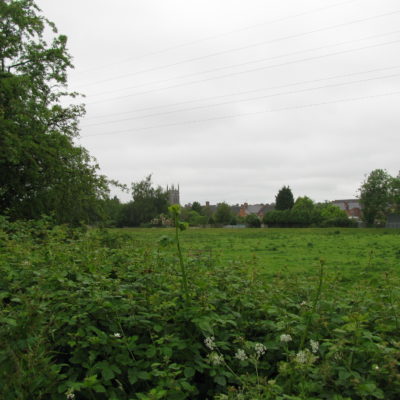 Looking Back To All Saints Church 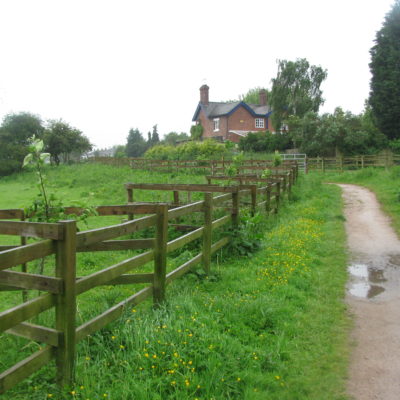 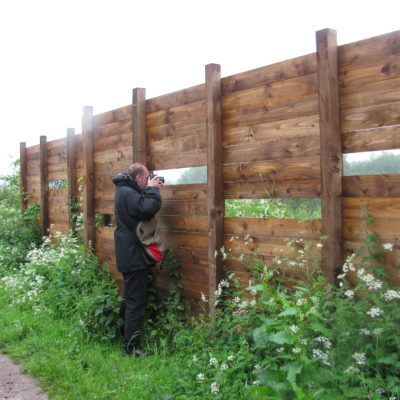 Time For Some Bird Watching