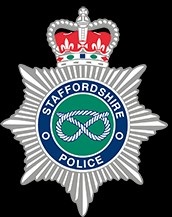 Over the next couple of weeks, Staffordshire Police are promoting the Ditch the Blade campaign to raise awareness about the dangers and consequences of carrying a knife. The discussion of the topic as a community can show our young people that carrying a knife is not the answer.

BUT,  those that do choose to carry are putting themselves in greater danger – their knife can be used against them.

Seeking to reduce the number of knives on the streets Staffordshire Police are working with partner organisations to educate young people about the dangers and encourage them to “Ditch the Blade”. Alongside this they will be using intelligence-led deployments, weapons sweeps and high-visibility patrols to target and disrupt offenders who carry and use knives.

There is a Knife amnesty bin at re located at · Burton Police Station (9am to 5pm, Monday to Friday). Its use is totally anonymous and without any repercussions.

If you’re dropping off a knife at a knife bank please make sure it’s suitably wrapped and secure for your journey. If you don’t live close to one of these locations, you can also dispose of knives at your nearest Household Waste Recycling Centre (tip).